Tonight I head to Thailand to conduct field research for my PhD novel. Specifically, I’m doing location research, visiting the places where my novel is set in order to strengthen the sense of place in my writing. Aren’t you impressed by the lengths I’m prepared to go to for the sake of my art?! 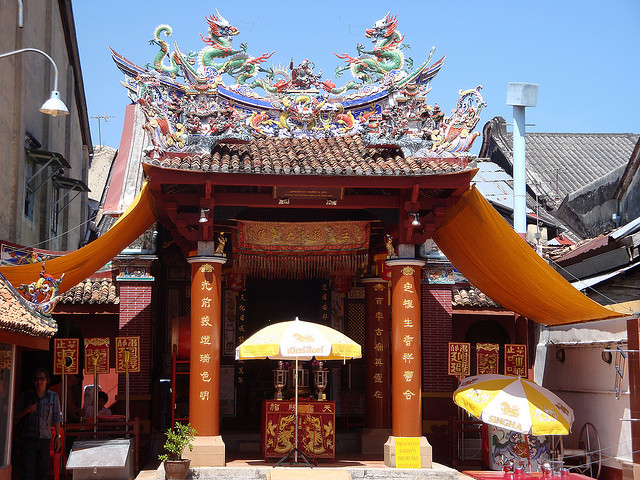 Shrine of the Serene Light, Phuket

First stop is the island of Phuket on Andaman coast, visited by 20,000 Australians each month. Without wanting to sound churlish, Phuket is not my favourite part of Thailand. We visited there as a family in January 2009 on our way home from a year in Cambodia. I wrote in my journal at the time, ‘what a good thing our last port of call is a place that’s easy to leave’. Ouch!

Actually, I’m being disingenuous. We found lots of things to like about Phuket, especially the historic buildings in Phuket Town. That said, the town is not the island’s main tourist draw card, not by a long shot. And with one possible exception, the characters in my novel are much more likely to be drawn to Phuket for its beaches, bars and island-hopping tours. And so I must follow in their footsteps.

As a friend said when I put out a call on social media for information on where Australians hang out at Phuket’s infamous Patong beach, ‘You mean you want a list of places you would normally avoid?’ Yep, exactly. 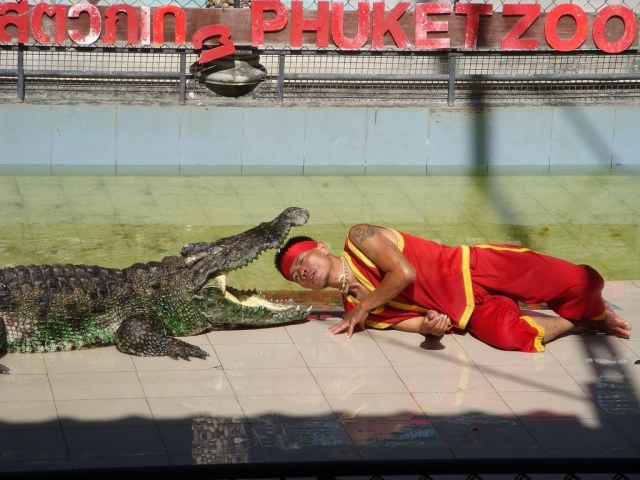 Gearing up to visit the places Australians hang out in Phuket

In the days leading up to my departure, it has been alleged that Phuket is a potential target for terrorist attacks. I’d be lying if I said these reports didn’t give me pause. Although I’m staying on one of the quieter beaches, I briefly considered revising my plan to visit Patong. But if I allow my behaviour to be determined by fear, it feels like a victory to terrorism. Better to remind myself of a line from a recent article about talking with children about terrorism: “Sad and scary things do happen in the world but they are rare.”

In his essay ‘Exploring Home’, David Almond* writes: “As soon as we begin to write about a place, the place starts to change. It is re-created and becomes and imaginary place, a place fit for fiction.” Regardless of how I feel about Phuket, I can’t help being excited about what lies ahead in terms of creating these imaginary places.

I plan to follow a process suggested by Almond, too: “Don’t separate observation, speculation and memory. Record them on the same pages. Allow them to stimulate each other, to interfere with each other.”

I’ll be blogging as I go, a way recording my field notes online and making it easier to report back on my return.

You’re very welcome to come along for the ride.

Angela Savage is a Melbourne writer, who has lived and travelled extensively in Asia. She won the Victorian Premier’s Literary Award for an unpublished manuscript, and the Scarlet Stiletto Award short story award. Her latest novel is, Mother of Pearl, published by Transit Lounge. Angela holds a PhD in Creative Writing, is former CEO of Writers Victoria, and currently works as CEO of Public Libraries Victoria.
View all posts by Angela Savage →
This entry was posted in Thailand and tagged Angela Savage, PhD, Phuket, Phuket Town, research, Thailand, travel, writing. Bookmark the permalink.

7 Responses to On location again