And isn’t it ironic, don’t you think?* 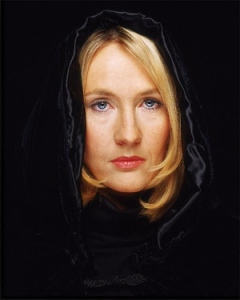 I’m starting to think JK Rowling has it in for me.

It started when I was interviewed by a journalist for a piece about the Robert Galbraith/JK Rowling phenomenon.

The story by now is legend: that JK Rowling, author of the Harry Potter heptad — the best-selling book series in history — earlier this year published a crime novel, The Cuckoo’s Calling, under the pseudonym Robert Galbraith; and that before Rowling was revealed as its author, The Cuckoo’s Calling had received favourable reviews, but sold fewer than 500 copies in hardback in the first three months after its release. In the week of 14-20 July following the revelation that Rowling was the author, the book sold 17,662 hardback copies.

Authors from Ian Rankin in Scotland to PM Newton in Australia were quick to point out the object lesson.

“So a debut novelist, garnering good quotes from famed authors for the cover plus good reviews, can expect to sell only a few hundred copies,” Rankin tweeted.

“Yup,” PM Newton replied with a wry nod in her article for The Drum. What happens to “a well-written book, adorned with blurbs from respected authors on its cover, reasonably well reviewed and blogged about,” she says, “is pretty much nothing.”

Newton goes on: “it takes time to build an audience. It was not until Black and Blue in 1997, the 15th book Ian Rankin published and the 8th in the Rebus series, that he finally broke through.”

Likewise, while Australian crime writer Peter Temple consistently won awards for his crime fiction, it was his 8th novel The Broken Shore, that catapulted him to fame.

PM Newton wonders “in a market under pressure…that seems increasingly tailored to the next big thing”, how long can publishers afford to be patient with quality authors who garner good reviews, even awards, but whose work enjoys only modest sales?

Perhaps it was with this question in mind that my own publisher put me forward for a media interview on the Galbraith/Rowling phenomenon and how struggling authors can hope to break through all the noise.

Like ‘Galbraith’, my books garner good quotes from famed authors for the covers. Garry Disher said my first novel “delivers on the ironies and moral complexities of the best crime thrillers.” Kerry Greenwood called my second novel “clever and funny”. Leigh Redhead describes my third book as “a cracker of a read”. My novels have won and/or been shortlisted for awards, but sales remain modest.

So I agreed to speak with the journalist. I put some thought into what I’d say and took her call on my day off when I might otherwise have been writing.

She asked how writers like ‘Galbraith’ and me break through all the noise. I told her that it helps to stay focused. I might have quoted Ray Bradbury on him and his friend, special effects wizard Ray Harryhausen, deciding from an early age not to worry about what other people were doing but to “focus on your passion — burn it with your glance.”

I said that I keep working at my craft, aiming for better quality books in the hope the next one will capture the public imagination. I tell her with a wry smile that I take the long view, knowing that some of the most famous writers in the world today were not famous during their own lifetimes.

We also talk about the publishing industry. I say how fortunate I am to have a publisher who believes in me, and tell her  how hard I work to repay that trust. All the same, I acknowledge the pressure on publishers and writers alike when it comes to making money.

I wonder aloud if Australian authors are disadvantaged by the fact that our ebooks are priced so uncompetitively on the global market, at the same time recognising the irony of suggesting my books should cost less.

I say there is a role for writers to help promote other writers whose work we believe deserves a higher profile. I drop names like Honey Brown, Wendy James and Robert Gott into the conversation.

I share what Garry Disher once told me about the difference between a published and an unpublished author being not talent, but perseverance. And I reiterate that I try to stay focused and write the best possible books that I can.

The journalist thanks me for my thoughts and my time. The article, she says, will appear in the Saturday issue of the paper.

Unfortunately for me, that same weekend, a British law firm admitted that one of its partners had leaked that The Cuckoo’s Calling was written by JK Rowling.

So in the end, my interview as a struggling artist, which offered a rare moment to break through all the noise, was passed over in favour of an update on a story about the most famous author in the world — once a struggling artist herself.

I did have a profile piece published in The Hoopla. You’ll find it buried under another headline about JK Rowling.

25 Responses to And isn’t it ironic, don’t you think?*