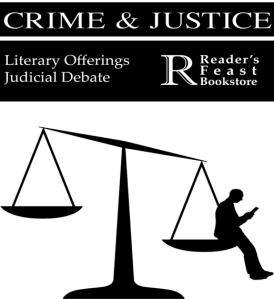 I’m excited to be appearing at this year’s Crime & Justice Festival as both a chair and panellist. While the full program will be published in The Age next Saturday 27 October, here’s a sneak preview of the sessions I’m involved in — note I’m quoting from my advance copy of the program.

Sat 17 Nov, 2pm
Ladies of the Night – Women and Crime
Crime and Justice attendees will be in for a real treat as some of the finest female crime writers currently writing in Australia compare notes. Session features Felicity Young, Kerry Greenwood, Leigh Redhead, and, as participating chair, Angela Savage.

Saturday’s event will be held at The Collins Street Baptist Church as is only fitting for a session called ‘Ladies of the Night’. Expect confessions but don’t count on any conversions if I know this crowd.

Sunday’s session will be held at the Reader’s Feast Bookstore at 162 Collins Street and guaranteed to be riveting.